Is Casablanca (1942)the greatest film ever made?

Casablanca (1942) (http://www.imdb.com/title/tt0034583/) certainly is a great, classic and much-beloved film. It also won Oscars for Outstanding Motion Picture, Best Director and Best Adapted Screenplay.* And, not that my opinion is relevant in empirical research – I happen to adore that film

But – it is not the greatest film ever made.

There are at least 3 reasons:

2) It is no longer quite as culturally relevant. Culturally, in context (1942), Casablanca was certainly highly relevant; there was a World War on, and an underground resistance movement against the Nazis and the rise of German national socialism. However, due to historical and cultural evolution since 1942, in the present day, a theatrical film like Casablanca (using that story, as inspiration, or, its structure) would likely not do well with audiences, if made today.

(This is a bold assertion… Do you agree? Would a remake of – or even a sequel to – Casablanca do well today?) What would its subject matter entail? (…The war in Afghanistan, maybe?)

3) It’s heavily derived from the film Algiers (1938). Both films feature almost the same plot, character types and setting – and this is unsurprising, as Casablanca was originally written as a `star vehicle’ for actor Hedy Lamarr, who also starred in Algiers. (Harmetz, Aljean (1992). Round Up the Usual Suspects: The Making of Casablanca—Bogart, Bergman, and World War II. Hyperion. p 30, and passim.)

Importantly (for students of screenwriting): it is mysterious as to why Robert McKee in his book `Story’ (1997) never makes note of this point. i.e. Algiers (1938) being the inspiration for Casablanca (1942). According to McKee, the composition of Casablanca is “virtually perfect” (p287, Story, McKee, 1999). And in his view, it may well be. But, can we ask – what is McKee’s criteria? Does he just mean: he thinks it is `perfect’? If a screenwriter wrote that picture today, and it made a 303% RoI (return on investment), like back then – it would therefore have lost money – and that screenwriter would likely then find it hard to get work. (So, what’s so `perfect’?)

And – if you were to try and make a film like Casablanca today, or replicate the process of its writing and production, how exactly would you do it?

1) Have a movie studio boss option an unproduced play – a play that is also disparaged by the movie studio story analysts (e.g. In the case of Casablanca, the play was Everybody Comes To Rick’s, by Murray Burnett and Joan Alison).

2) Pick another existing film, featuring a leading female star of the day, such as Hedy Lamarr in Algiers, and write the film as a `star vehicle’ for her. (e.g. Maybe: Angelie Jolie? Or – Jessica Alba? Uma Thurman?)

3) Have the studio executives in charge of the production hire 4 of the hottest screenwriters of the day, to adapt those two sources (Everybody Comes To Rick’s, and another successful movie from 3 years prior, like Algiers (1938), and – maybe combine it with: the war in Afghanistan) Also – the screenwriters should include a set of twins (like Julius J. and Philip G. Epstein, and re-writers, like Howard Koch and Casey Robinson – also, make sure the 4th writer, like Casey, is uncredited). Question: Who would the Hollywood screenwriting twins be? Charlie and Donald Kaufman? (Yes – I know, Donald isn’t actually a real guy.) Importantly – make sure they are all not spec screenwriters, and, not first-timers. Those sorts of writers simply don’t get attached to big-budget Hollywood hits with big stars as Hollywood studios (like all studios) are risk-averse.

4) Attach a director (like say the equivalent of Michael Curtiz) who has already directed over 120 movies. Yes 120 movies . (Note: there are currently no directors like that alive, so, good luck with that.)

5) Have `star acting talent’ attached (like say Brad Pitt, and Angelina) – and shoot the movie, while you rewrite the film, causing incredible stress for everyone involved in the production.

Note: The above is not actually a `recommended writing/filmmaking process’, it is merely to illustrate the point that: the filming and success of Casablanca was extremely unlikely – and furthermore, a spec screenwriter is unlikely to be able to orchestrate the above process, and: make it work. Given probability theory, it is much more likely that – studying the top 20 RoI films, most of which were by first-time writers, and, utilizing similar techniques to those top 20 films – will lead to produced screenwriting success. …(just sayin’.)

Time magazine also recently celebrated the film: http://entertainment.time.com/2012/11/23/the-best-movie-of-all-time-turns-70-heres-looking-at-you-casablanca/ I note in this Time article, Curtiz’ directing is described as `effortless’. However it should be noted Curtiz had directed over 120 movies by the time he directed Casablanca (1942). See: `habitus’ and `internalising the domain’ here: https://storyality.wordpress.com/practice-theory-narratology/

So – if one film was a candidate for `greatest film ever made’ – as judged by the general English-speaking (and, IMDb.com-using) public – The Shawshank Redemption (1994) would probably be the most likely candidate. See: http://www.imdb.com/chart/top *** (This IMDb poll is the largest `public opinion film poll’ I know of – does anyone know of any movie polls with a wider voting sample? i.e. Apart from the actual theatrical box office, itself – which of course, results in this list, if we consider that the more viral a film story is, the better the film is: The Top 20 `Audience Reach/Budget’ Films: https://storyality.wordpress.com/2012/11/22/83/)

At any rate, this post is just to make you think. Robert McKee is certainly a great screenwriting teacher and all, but for increasing the probability of making a high-RoI film, I prefer to see consilient methods used.

I also note the AFI (American Film Institute) in 2007 voted Casablanca the #3 greatest film ever, http://www.afi.com/100years/movies10.aspx but since we live in a global village – where films can get international theatrical release – and, thanks to the interwebs – the AFI is not “the arbiter of global taste”.

** Thanks to Dave “The Wiz” Osbourne for the WSJ link.

*** Although, if I had to pick my own personal candidate for `Best Film Ever Made’ – it would be #10 on the IMDb Top 250 list, namely: Fight Club (1999). Or maybe most of Stanley Kubrick’s films. And David Fincher’s. And James Cameron’s. And Ozu’s. And Bergman’s. Or, something. My personal tastes change all the time. That’s why I don’t rely on them for consilient (i.e.: scientific and empirical) research in the arts. But – that is just me. (I’m just some random guy.) 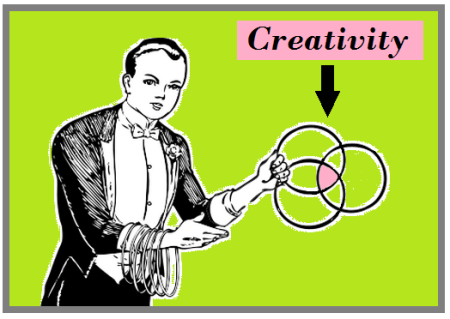