Patterns in the Top 20 ROI Films: # of Scenes and Film Duration/Screenplay Length

…and: the emergence of Elliot Waves

So – when we log – and then graph – the Duration in Minutes (or: # of Screenplay Pages) and also Total Number of Scenes for the following Top 20 RoI (Return on Investment) Films of the past 70 Years:

We arrive at the following data and graph:

Note that – from left to right, we are looking at film #1 (Paranormal Activity) to film #20 (My Big Fat Greek Wedding). In other words, same as the list above, they are in descending order of `virality’. i.e. Paranormal Activity was the most viral of the 20. (In fact – was the most viral film, ever.. ie The widest audience reach [close to 20 million people saw the film in cinema release], for the least budget [$15k]).

The film with the least amount of scenes is the wonderful Oscar-winner (for Best Original Song) film, Once (2007) with 71 Scenes, and a Duration of 85 minutes (which is logical, as: many of the songs in that film often take up a whole scene, for obvious reasons – i.e. It is a film about musicians).

Note, that this means:

– The Median of the data (the 20 films above) – is 88 pages/mins and 123.5 scenes (albeit a slightly-odd mathematical result, in real terms for a screenwriter: i.e. How can you have half a scene…) but the reason for this analysis is the following – which I believe is the most useful data/result.

Also see: 30 Great Movies That Are Under 90 Minutes (Taste of Cinema)

– And, the predicted trend (if we look at what the graph is indicating, by following the two trendlines of Scene Tally and Film Duration further off the chart, towards the left, where, as (future) films increase in ROI) the future trend indicated is – towards 90 minutes/pages – and 90 scenes, or: a Scene per Minute. 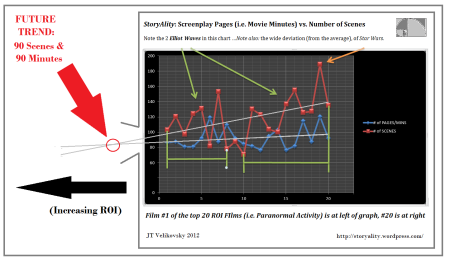 To recap these points – we can note:

1) There is a clear future convergence, of the 2 trendlines, towards the left of the graph. This anticipated trend in the characteristics of Top 20 ROI Films (with an Audience Reach/Production Budget higher even than the current #1 film, Paranormal Activity) would predict that – these two characteristics (i.e. – the 2 trendlines) of High ROI Films would converge at: 90 minutes/pages in duration – and an average of 1 minute (1 page) per scene.

2) Currently, the (overall Top 20 ROI Films) Average Scene Length is at 50 seconds per scene. (Or: close to 7/8 of a page per scene, for the screenwriters out there…)

As per the above, I would suggest a better guideline – a more `true’/realistic average is: 90 pages/mins and 105 scenes… (i.e. – this is the result of averaging, both the Average and the Median, and, given: 50 seconds per Scene)

And, I believe – overall – the High-RoI indicated trend is shifting towards: 90 Screenplay Pages/ Movie Minutes, and 90 Scenes.

It may (or may not) also be worth noting: the Elliot Wave(s) in the graph…

What Exactly Is An `Elliot Wave’..?

Contrary to what we may expect, “Elliot Waves” are not what Elliot makes, when he plays in the bathtub with ET in the Director’s Cut of E.T.: The Extra-Terrestrial. (Nor, is this what Elliot does, when ET is just about to board his spacecraft and fly back home.)

Accountant Ralph Nelson Elliott (1871–1948), published the theory of market behavior in The Wave Principle in 1938, and in greater detail in Nature’s Laws: The Secret of the Universe (1946). 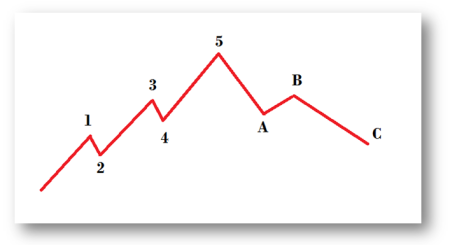 (I note the similarity to Freytag’s triangle.)

There are 2 x Elliot Waves (in the “Number Of Scenes” metric) in the graph above, and also another (in films #10 to #20) in the “Screenplay/Film Lengths” metric.(*)

Overall however – this data – and graph, above – means that: the pacing (Average Scene Length) and Duration of Top 20 ROI films do follow a clear trend, as per the above trendlines.

Namely – the more viral the Top 20 ROI Film (and these are the 20 most viral films known to cinema), the greater the tendency towards a convergence of: 90 mins/pages and 90 scenes (i.e. an average scene length of: 1 minute / 1 page per scene).

A summary of averages – and medians – of the Scene Lengths of the Top 20 ROI Films:

It means: These Scene Length/Screenplay Duration metrics, are a useful practical reference / benchmark for any screenwriter/filmmaker aiming to create a film (or: screenplay) that fits with the characteristics of the Top 20 ROI (or: most viral) films of the past 70 years.

The short story: Write a 90-page screenplay, using the StoryAlity story syntagm, and with about 105 scenes (average Scene Lengths of 1 page), and – your screenplay `fits’ with the formal characteristics / trends of The Top 20 ROI (read: most viral) Films.

And – given probability theory, should then have the greatest likelihood of becoming a High ROI Film.

And – maybe, when you pitch/present your screenplay, mention this empirical and scientific study of the Top 20 ROI Films (aka: StoryAlity). It is the only one of its kind in the world.

(To be clear: You Can Still Tell Any Story You Like, using these specific film story techniques.) 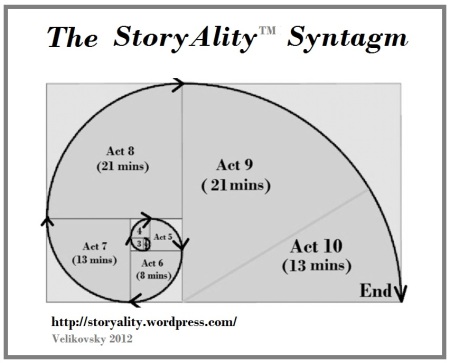 The StoryAlity theory is just this: By emulating the same characteristics as the Top 20 ROI films, we can create a screenplay (and a resultant film) that given the empirical and scientific evidence, has a greater probability of becoming a viral film.

Yet – it also means (given: the functioning of Agency and Structure) that: You as a screen storyteller can tell any story you like… 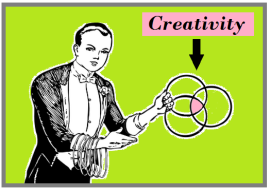 The detail is “all You”, as a writer / filmmaker.

The preferred structure (of the screenplay / film) is already decided – by: The Field. (i.e. In terms of the systems model of Creativity, this is: The International Theatrical Cinema Audience.)

If you should choose to use another Screenplay/Story system, by all means, do so (of course. `Free Will’ is like that.).

1) What is the exact data-set for that screenplay / story system? – Is it an empirical data-set of successful films? (Or: Is it a set of disparate films, chosen as `illustrations’?)

2) Also another point to consider – If almost everyone else is using that same story/screenplay system, then:

a) How is your screenplay going to stand out from the rest – (given that 98% of screenplays go unmade) ? One way to make your script differentiated is to use a different story structure.

b) Remembering 7 in 10 films lose money…

3) Note also – there’s an important point for as-yet-unproduced feature film screenwriters, looking to `break in’ from the above data: a 90-page screenplay is more likely to become a produced film, than a 120-page screenplay, due to economics. (A longer film usually costs more money.)

Note that: the average length of these Top 20 Highest ROI Films is around 90 minutes, while the minimum length – is 77 minutes.

Obviously, it’s not always quite that simple (i.e. – to be fair, some `economies of scale’ apply in film production) but, put most simply: a shorter film is cheaper; therefore – all things being equal, a 90-minute film is more likely to be financed and produced than is a 120-minute film/120-page screenplay.

– In short, if you can tell your story in 77 pages/minutes, it is much better than 120 pages/minutes, as – it is more likely to ultimately become a film.

Naked Philosophy Guy wonders if `free will’ is really `free’. Surely there’s a catch; I mean, come on…

All this information is intended to empower screenwriters and filmmakers in making more – and better – films.

Also: Note that – this information is actually: free…!

And… If you feel really brave (i.e. – prepare to have most of your assumptions about Screenwriting deeply challenged), then – try this Screenwriting Survey-!

Worth remembering: the only goal of the StoryAlity research study is – to enable screen storytellers to reach the widest audience possible with their screen story.

This is exactly why – the Top 20 most viral films are the primary data set – of this empirical and scientific research study. (And – the Bottom 20 RoI Films are the secondary data set.)

…Comments, as always most welcome.

** Also, if it’s of interest, I have made an interpretation of “The Hero’s Journey as Problem-Solving” in this post:

StoryAlity #73 – The Hero’s Journey Monomyth as: a Problem-Solving Process

11 thoughts on “StoryAlity #56 – Patterns in the Top 20 ROI Films: # of Scenes vs Film Duration/Screenplay Length – and: Elliot Waves”