Why Is Movie Screenwriting So Tricky?

(I got the idea for that Title, from this great article:  Why Are Good Writers So Rare? (Dunbar 2005) (…Good writers borrow, great ones steal, yadda-yadda, yoda-yoda – LOL)

(Almost as rare as unicorns.)

Okay – and so here’s some random facts… (you don’t have to like them… I certainly don’t!)

(See: the computer, inside your head ! ) 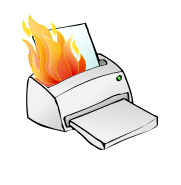 and of the 2% of scripts that actually do get made, into movies:

…How will you solve that problem…?

…Anyway, read my PhD if you want to solve both of those problems, at once.

Hope it helps you !

(I’m also a volunteer firefighter too. Your friendly-helpful-neighbourhood-hero typa-guy, etc.)

Hey here comes my PhD thesis. All free, and stuff.

…Information wants to be free.

(Though a lot of it isn’t, for various complex reasons. See copyright, and also, copyleft.)

And, also – since I also have a new chapter, in The Encyclopedia of Information Science and Technology (2017)…

Here’s also, another reason why: Writing (good) screenplays is so tricky.

Here’s an example (a page from, one of mine…)

A film screenplay is sort of like, a recipe for a cake. But – the chef can still burn – or even undercook – the cake.

This is why the scientific study of Creativity is also important, in examining movie success and (epic) failure.

e.g.: How did all of the top 20 RoI movie writers/directors/producers/cast and crew, all do, what they did? Make the highest-RoI movies, ever? This becomes important when you think about Communication, and the Information [the story, the plot, characters, themes, etc]…

As a creative, You want your information [your, movie – your UNIT OF CULTURE that you are creating – and which contains the story – kinda like a Trojan Horse] to become a viral meme.) …What’s not to like about: that? In fact – that’s why we do it, right? 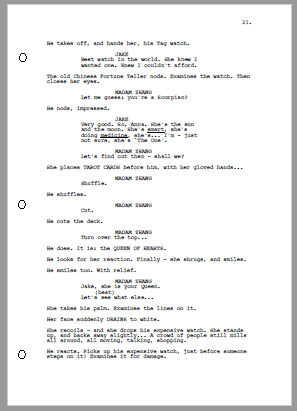 …and – so, all the information in the screenplay (the “recipe” for the movie) has to be: right.

And also: has to be, not-wrong.

(Which, two things, are NOT, ACTUALLY, quite the same thing…!! )

If this seems odd, please also see the Anna Karenina Principle in movie-RoI.

And – if you haven’t read my PhD, then perhaps see, just some of the key, high-RoI movie characteristics, right here, on this very PhD-blog:

And – now also, check out, this pretty-neat, Information Comparison:

(…Did somebody mention: Information Science…? 🙂

And… a Movie = about, 2 GigaBytes of information, per hour...
…
(on average…)
For, the viewer (…the audience).
…
…it depends on: the exact movie –
and on exactly what happens, onscreen
and also, on the soundtrack!
…
So – there are around about, 3 GB (gigabytes) of info – in a movie ….(!)
(…that is, actually quite a lot of information for a human to process! And… we all – usually – tend to take it for granted. – After all, we’ve all seen movies (on TV, digital devices, etc), ever since we were a kid… right? We’re saturated in information.)
…
Can you guess how much information (data) is in a movie trailer?
…
See: The Trailers of the Top 20 RoI Movies…
…
…so, anyway, 3 gig of data… That’s a whole lot of information, to get: right.
(As a screenwriter, story dev exec, a script doctor, a producer, a director, etc.)
Also a quote from Life 3.0 (Tegmark 2017):

“So far, the smallest memory device known to be evolved and used in the wild is the genome of the bacterium Candidatus Carsonella ruddii, storing about 40 kilobytes, whereas our human DNA stores about 1.6 gigabytes, comparable to a downloaded movie.

As mentioned in the last chapter, our brains store much more information than our genes: in the ballpark of 10 gigabytes electrically (specifying which of your 100 billion neurons are firing at any one time) and 100 terabytes chemically / biologically (specifying how strongly different neurons are linked by synapses).”

…
By the way – you only need about 2 gigabytes, to specify a person’s DNA (Tegmark 2017 p 225). But a movie is about 3 gB. So in a way, a movie is more complex than a person. Yikes.
So anyway – the key takeaways, for this post:
…
Movies (as in: Cinema) are: a complex cultural domain.
And, so is human nature… (…it’s actually, a complex system!)
So… a question:
How are you going to compete?
…Information Science is: incredibly useful…!
(Much better than guesswork, intuition, and superstition. Science wins, hands down.)
Also, robots are much much smarter, and quicker, than: we (puny) humans are.
And, Big Data (and computer-algorithms) now make way better decisions,
than any human can…
Read my (free!) 2017 PhD study dissertation, to see why.
(This info wants to be FREE!!!)
…
See – just as one example of Big Data doing a better job than humans can: Epagogix…
And see also this great (2017) article in New Scientist about AlphaGo…
…
And now – if you really want to be up-to-date – go ahead and read, my PhD thesis.!
…
(And I suggest, especially, if you are also in: the movie business!
In fact… maybe, You actually can’t afford not to know, all this…?
As: Information is power.)
…
It goes: Data, Information, Knowledge, Wisdom.
… 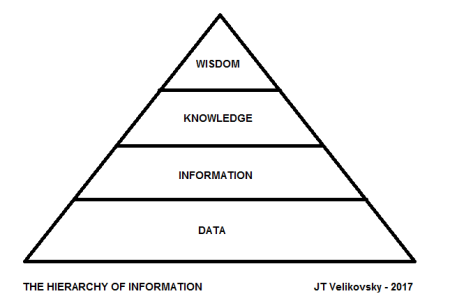 …
Here also is some wisdom from the PhD… (a side note: I also have spent over 20 years in the screen industries, as a story analyst and as a successful creative… in movies, TV, games, etc!)
…
A 15-min Summary-PPT of the PhD study on Movie RoI: Story, Screenplay, Movie
…
And – thus, another reason screenwriting is tricky, is – you’re also competing with robots, that are smarter and faster than any human…(!)
…
Like, say – this one that I made recently:
…
The Robo-Raconteur – artificial movie-writer program
…
…Anyway, all some good “food for thought” !
And – hope the PhD helps understand: Why.
Like: Why some movies succeed, and why seven in every ten of them, don’t.
…
Also another issue is this: the way units of culture emerge in different forms. 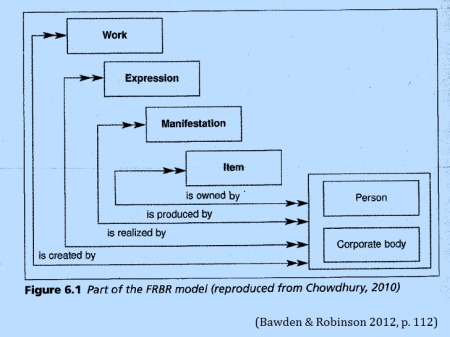 The above diagram is from the great book:

i.e., The key issue there (for a movie, at any rate) is, if there’s lots of money involved in making the movie, then probably a corporate body is involved, so, you’ll be doing Group Creativity in getting that movie story onscreen.
But – that also means, there’s more variables to go wrong…
Unless you also produce and direct it too; and have complete creative control, like Kubrick used to do.
So, in short, it’s tricky.
Bawden & Robinson (2012) also includes a great diagram, summarizing Hjørland, (2002) on Eleven aspects of domain analysis, from Domain analysis in information science: Eleven approaches – traditional as well as innovative (Hjørland 2002). That also gets complex. 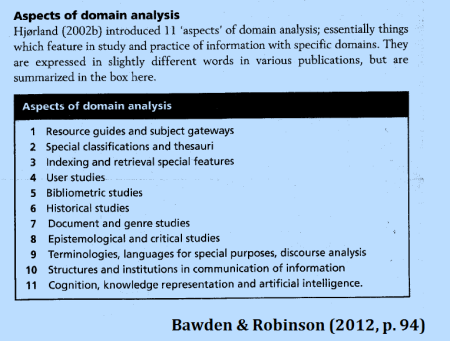 See the research in my 2017 doctoral thesis: “Communication, Creativity and Consilience in Cinema”. It is reproduced here for the benefit of fellow bio-cultural scholars, and screenwriting, filmmaking and creativity researchers. For more, see also https://aftrs.academia.edu/JTVelikovsky

JT Velikovsky is a million-selling Transmedia writer-director-producer and game designer & writer. He has also been a professional Story Analyst for major movie studios, film funding organizations, and also for the national writer’s guild. He is also a judge for the writers guild and the director’s guild.

See: How Many Bytes For…? and Stanford Maths – Information Comparisons