Below is a quote from the above Reader, and originally from Dawkins’ The Digital River (1995).

Discussing the literally-digital nature of all DNA on Earth, Richard Dawkins provides the following scenario:

`The following science fiction plot is feasible, given a technology that differs from today’s only in being a little speeded up. Professor Jim Crickson has been kidnapped by an evil foreign power and forced to work in its biological warfare labs.

To save civilization it is vitally important that he should communicate some top-secret information to the outside world, but all normal channels of communication are denied him.

Except one. The DNA code consists of sixty-four triplet “codons”, enough for a complete upper- and lower-case English alphabet, plus ten numerals, a space character and a full stop. Professor Crickson takes a virulent influenza virus off the laboratory shelf and engineers into its genome the complete text of his message to the outside world, in perfectly formed English sentences. He repeats his message over and over again in the engineered genome, adding an easily-recognizable “flag” sequence – say, the first ten prime numbers. He then infects himself with the virus and sneezes in a room full of people.

A wave of flu sweeps the world, and medical labs in distant lands set to work to sequence its genome in an attempt to design a vaccine. It soon becomes apparent that there is a strange repeated pattern in the genome.

Alerted by the prime numbers – which cannot have arisen spontaneously – somebody tumbles to the idea of employing code-breaking techniques. From there it would be short work to read the full English text of Professor Crickson’s message, sneezed around the world.

Our genetic system, which is the universal system of all life on the planet, is digital to the core.’

I only raise this theoretical science fiction scenario of Dawkins’s for one very important reason:

This is exactly how film already works...

A screenwriter can place `hidden’ themes, messages, and meanings in the memeplex of their film story. If that film then goes viral – exactly like the top 20 RoI films did – that message can be sent around the world. (The movie Fight Club is a fascinating example of this.) 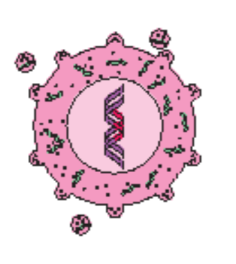 The equivalent of the `virulent influenza virus [on] the laboratory shelf’ is the form (including the 30 or so common characteristics) of the top 20 RoI films.

The screenwriter/filmmaker actually is: a potential “Professor Jim Crickson”, who can implant any message/theme they so desire – in their own feature film.

The message itself may be: combatting climate change, fighting poverty, addressing inequality – or, anything at all.

That choice sits with: the free will of the writer / filmmaker.

Now, another Dawkins quote (from the same excellent book, in fact… ie the EL&F Reader, and of course originally from The Digital River)

`You can treat the genetic code as a dictionary in which sixty-four words in one language (the sixty-four possible triplets of a four-letter alphabet) are mapped onto twenty-one words in another language (twenty amino acids plus a punctuation mark).

All earthly living things are certainly descended from a single living ancestor.’

Is it just a coincidence – that the genetic code is: G T C A – and – the 4 `key elements’ in any film (or narrative in general) are: 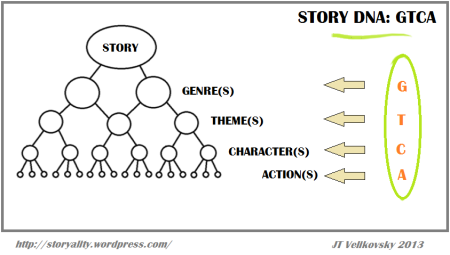 Of course: Yes. It is just a random coincidence.

`The evolution of life is a game played according to fixed rules which limit its possibilities but leave sufficient scope for a limitless number of variations. The rules are inherent in the basic structure of living matter; the variations derive from adaptive strategies.

In other words, evolution is neither a free-for-all, nor the execution of a rigidly pre-determined computer programme.

All works of literature are a variation on a limited number of leitmotivs, derived from man’s archetypal experiences and conflicts, but adapted each time to a new environment – the costumes, conventions and language of the period. Not even Shakespeare could invent an original plot.

Goethe quoted with approval the Italian dramatist Carlo Gozzi (author of Turandot and many other successful works), according to whom there are only thirty-six tragic situations. Goethe himself thought that there were probably even less; but their exact number is a well-kept secret among writers of fiction.

A work of literature is constructed out of thematic holons – which, like homologue organs, need not even have a common ancestor.’

And – for more on holons and holarchies in Film (and in Biology, and – well, everything) – see these 2 posts, here and here.

PS – And for more on Gozzi and Polti (and their `36 Dramatic Situations’, see: here – ie – Narratology Since Plato.)

PPS – I also often wonder if the `junk DNA’ has an `Enigma code’ for making an Enigma Machine (within an organism) and then it can decode all the other information in the genome and `run’ all their programs.

Much like say, in the book (& movie) `Contact’: First, you send through a decoder key [e.g. an Enigma Code], and then – the `instructions’ for building an Enigma Machine / a cypher-reading computer (e.g. say; cells, and a brain in a body). Build the organic Enigma Machine (e.g. – cells, and a brain in a body), and then you can `read’ the rest of the computer program’s `instructions’ using that computer/Enigma Machine. Biological behaviour is all just digitally-encoded, right..? – Just a whole lot of subroutines. 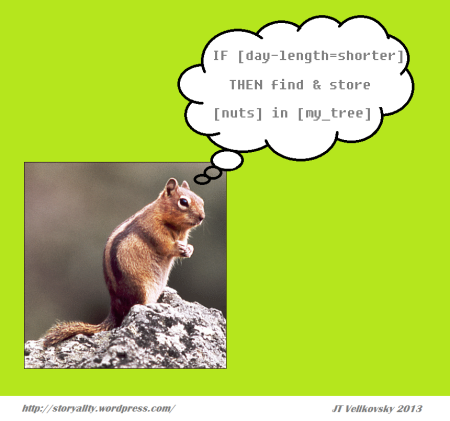 By the way, the brilliant philosopher (and not just of science, but of life, mainly as all life is doing science) Sir Karl Popper in All Life Is Problem Solving (Popper 1999) noted that plants and animals have knowledge. They therefore have: culture. Culture is information.

And Popper (1999) was right, about plants and animals having culture. Check this out:

`Definitions are not important. And quibbling over words is a menace… We can assert the truth, attain the truth, often enough. But we can never attain certainty… Science is the quest for truth, not for certainty.

Question: What in the animal realm corresponds to so-called knowledge, to conjecture or hypothesis?

Answer: expectation. Or more precisely: a state of the organism in which it prepares for a change (or no change) in its surroundings. When flowers are in bud, they are in this sense expecting spring weather: they have incorporated the hypothesis or theory [end of p 38] that it is getting warmer. Often enough the theory is false, and the blossom is killed by frost. In this sense there is an infinite amount of innate knowledge in plants and animals…

All organisms are all the time highly active. They actively investigate their environment, look for better living conditions, for a better world. And they themselves actively improve their conditions of life. Life improves the environment for life. It has been doing that for millions of years, and we are the fortunate inheritors. Since this process takes place through trial and (the elimination of) error, there are also many mistakes in our world.

Problems arise together with life; and there are problems only when there are values: for example, evaluations of living conditions. Now I am coming to the end of what I wanted to explain about the theory of knowledge and the philosophy of science. Science begins with problems.

It attempts to solve them through bold, inventive theories. The great majority of theories are false and/or untestable. Valuable, testable theories will search for errors. We try to find errors and to eliminate them. This is science: it consists of wild, often irresponsible ideas that it places under the strict control of error correction.

Question: This is the same process as in amoebas and other lower organisms. What is the difference between an amoeba and Einstein?

Answer: The amoeba is eliminated when it makes mistakes. If it is conscious it will be afraid of mistakes. Einstein looks for mistakes. He is able to do this because his theory is not part of himself but an object he can consciously investigate and criticize…

The method of natural science is the conscious search for errors and correction of them through conscious criticism.’

But actually this quote is more to the point: (about plants having knowledge)

`But now let us return to our evolutionary theory of knowledge, to our trivial starting proposition that animals can know something, and to our list of results obtained from, or suggested by, this trivial proposition.

Science (trial and error) gave you life.It gave you culture (information, even if hard-coded into your brain and cells). It gave you Systems. You are a system. In an ecosystem.

On Systems Theory and Evolution

So – to all anti-science, anti-consilient scholars: knock it off, you ingrates.

Science is not “just another discourse”. It’s how the multiverse works.

For more, see: StoryAlity#129 – Post-Modernist `Theory’ is dead as disco

P.P.S. – Gattaca… Egad. What an *excellent* consilient film that was! I love that movie. But I love Stanley Kubrick movies more. Well, all of them, after Spartacus.

Blame It On the DNA